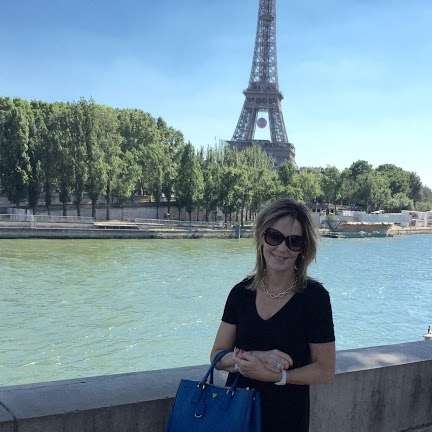 As Audrey Hepburn said, “Paris is always a good idea.” And so it was earlier this month.
After seemingly endless rains, we arrived to glorious weather — beautiful blue, nearly cloudless skies and clean, crisp air. When we arrived at our hotel, the Directeur’s PA said, “thank you for bringing the sun with you.” Each day w‎as bright and comfortable.

And of course, such perfect weather simply magnified the beauty of this glorious city and of its people, who were ready to be outside and welcome visitors.  But no matter how small our world becomes, some things don’t quite translate — for example, a sidewalk cafe invited its guests to be seated by asking that they “install yourself at a table.”  flowers that are everywhere in Paris. Wherever we went, there were beautiful gardens and arrangements everywhere — from the magnificent displays in the city’s superb hotels and restaurants to the windowboxes overlooking the streets. A breathtaking array of color throughout the city!

As my friend Lisa would say, “there was a frisson of excitement” all weekend as Paris prepared to host the final game of the European soccer championship. And when the French team qualified for the finals, the excitement reached a fever pitch. It was like Super Bowl Sunday! Throughout Paris, huge crowds — their faces painted and many carrying (or wearing) French flags — gathered to watch the match. And when Portugal’s best player was forced off the field with an injury early in the match, the prospects for the home team looked bright indeed. But alas, Portugal stunned France with a goal 20 minutes into the overtime period to take the title 1-0. All over Paris there were long faces on Monday.
And of course in a nod to the state of our world today, there was a constant security presence with police and heavily armed soldiers throughout the city.

But for me, the highlight of the trip was my time in the antique markets! After coming here for many years, I know some of the dealers well and it is like seeing old friends. 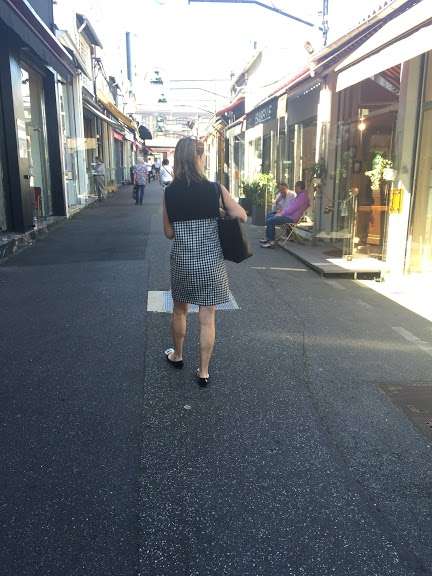 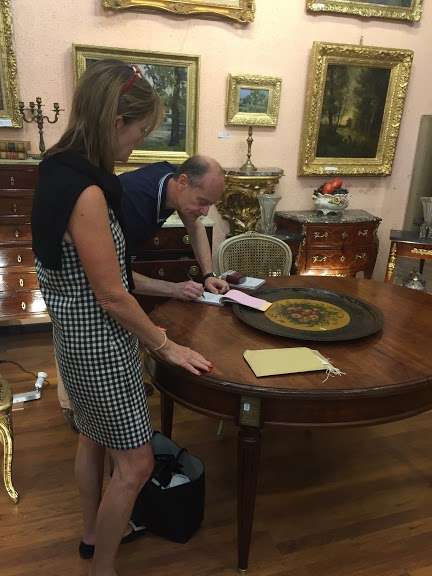 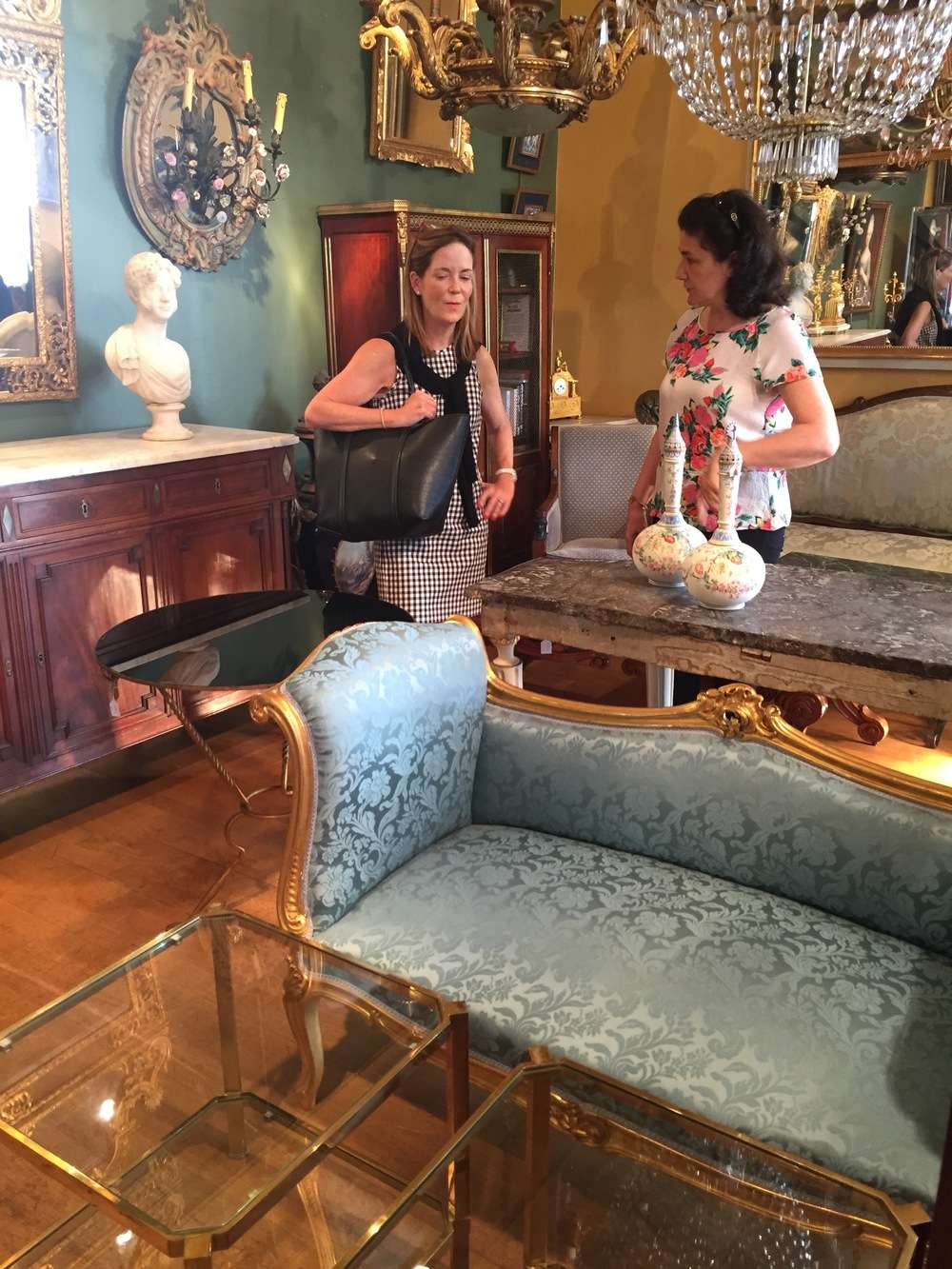 The markets always surprise, but never disappoint. A stand that seems of no interest at first glance reveals a hidden gem moments later.  I have posted some of my new finds and can’t wait until the “transport” arrives and I can share everything with you.

Here is a sneak peak: 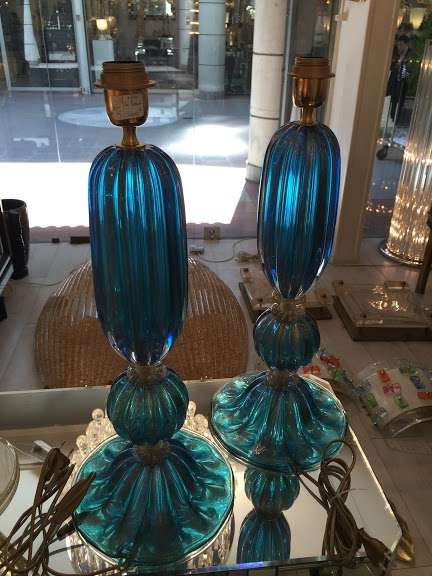 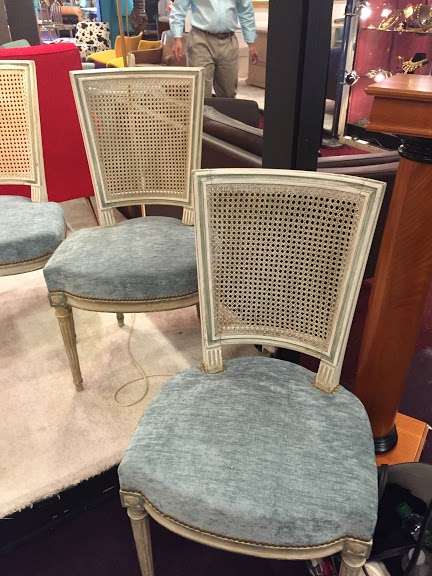 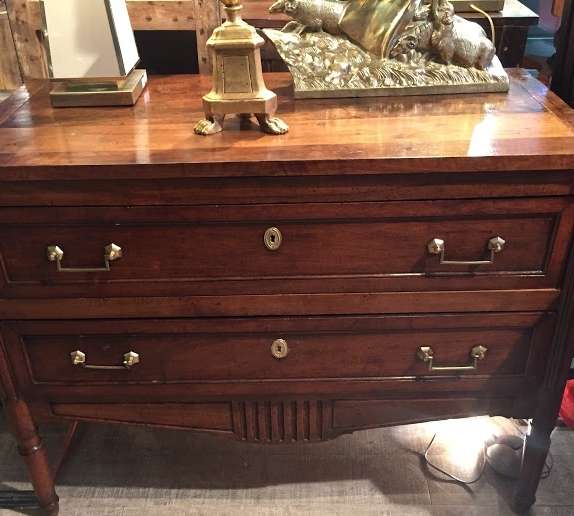 One trend I continued to see throughout the markets was sheepskin upholstery. I have seen a bit of that stateside, but it seemed to be EVERYWHERE in Paris….. 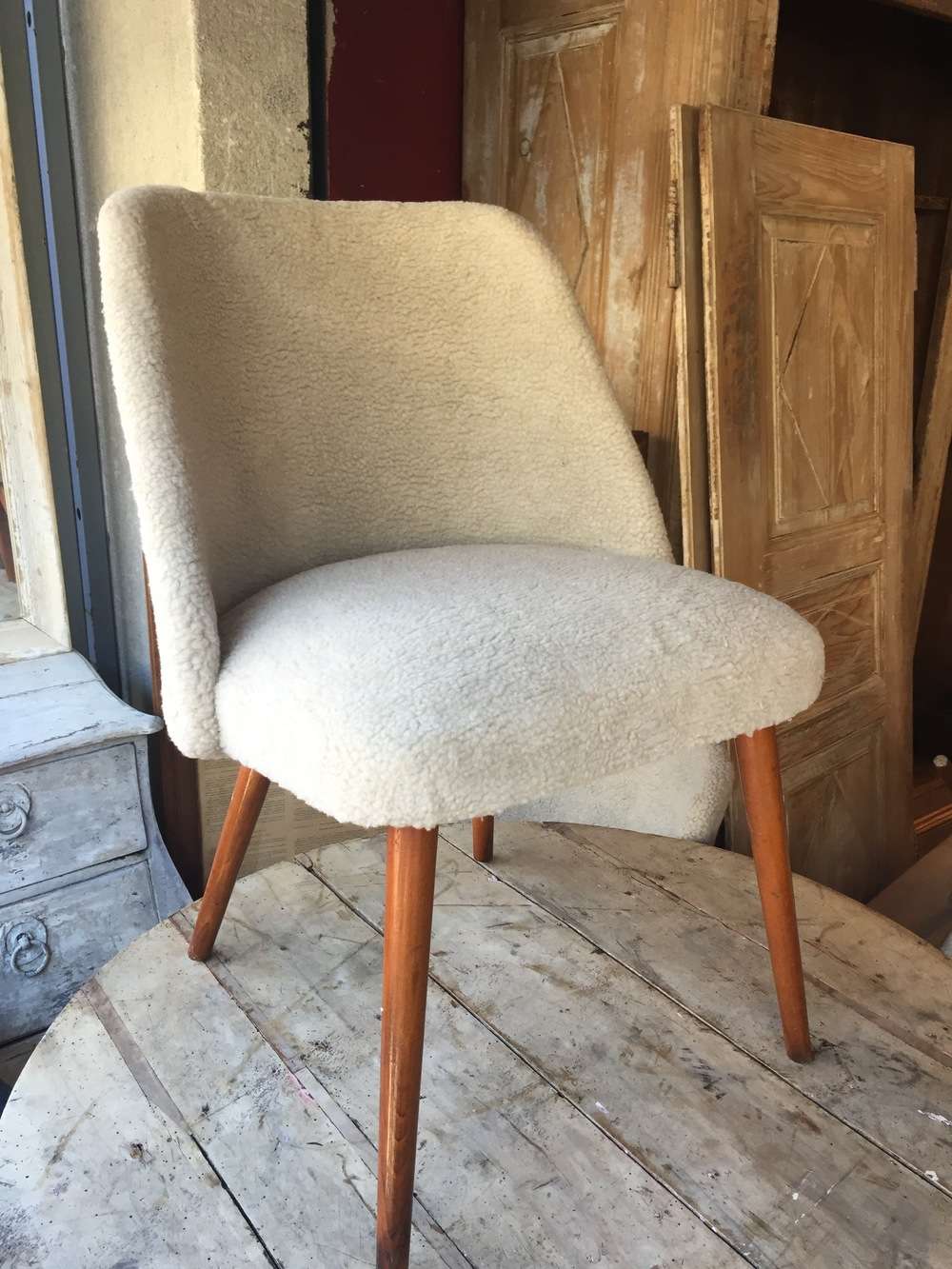 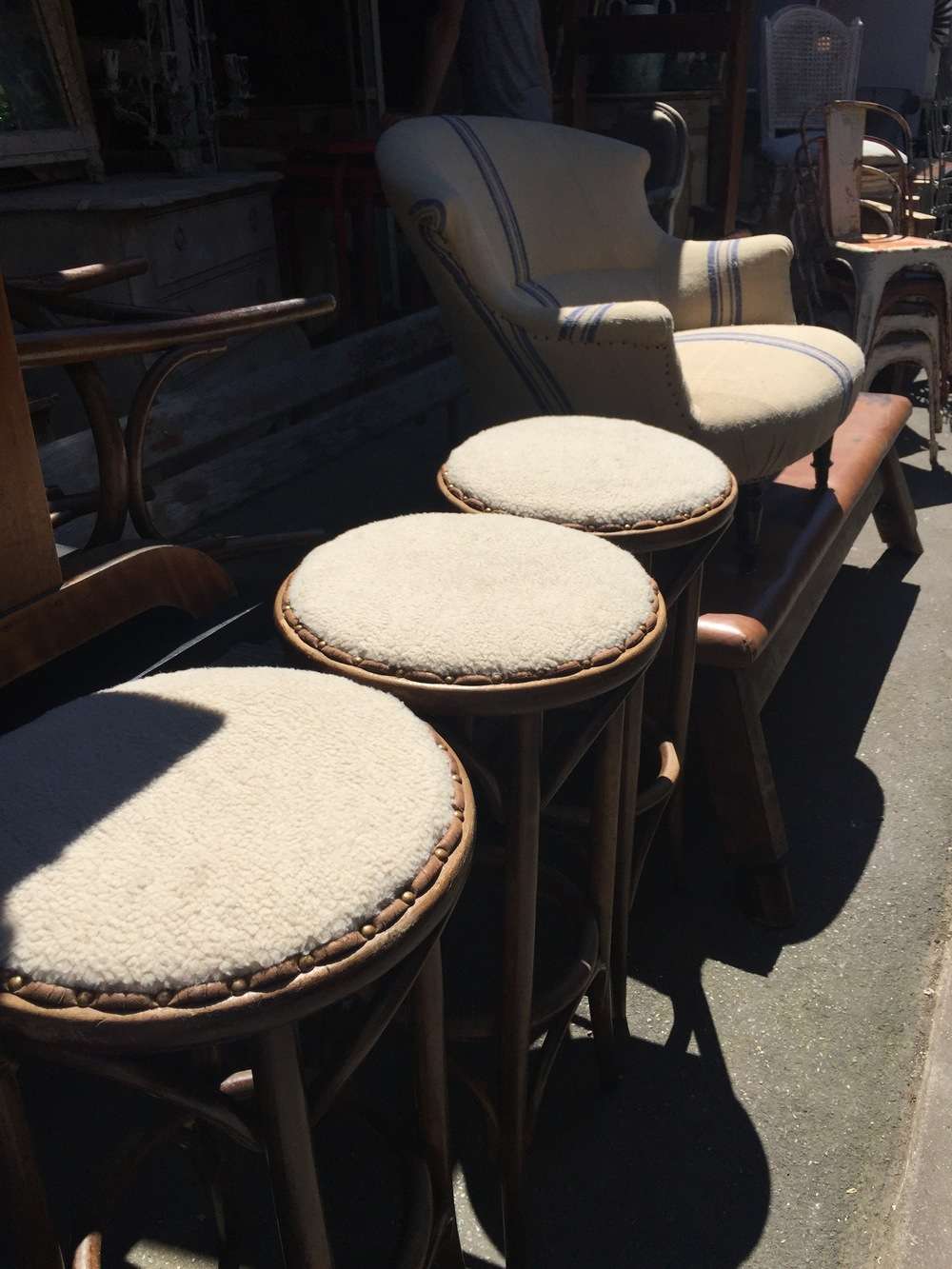 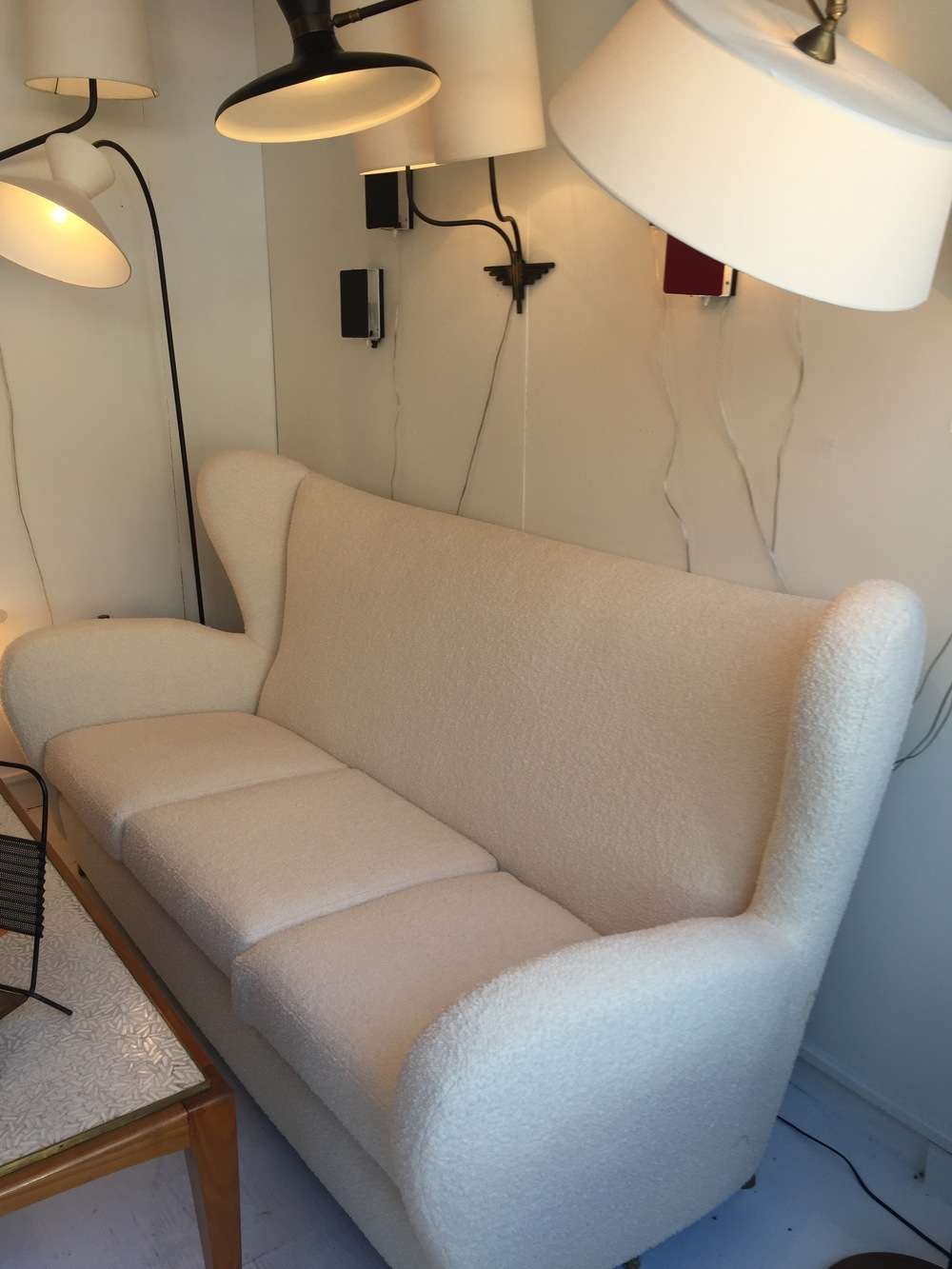 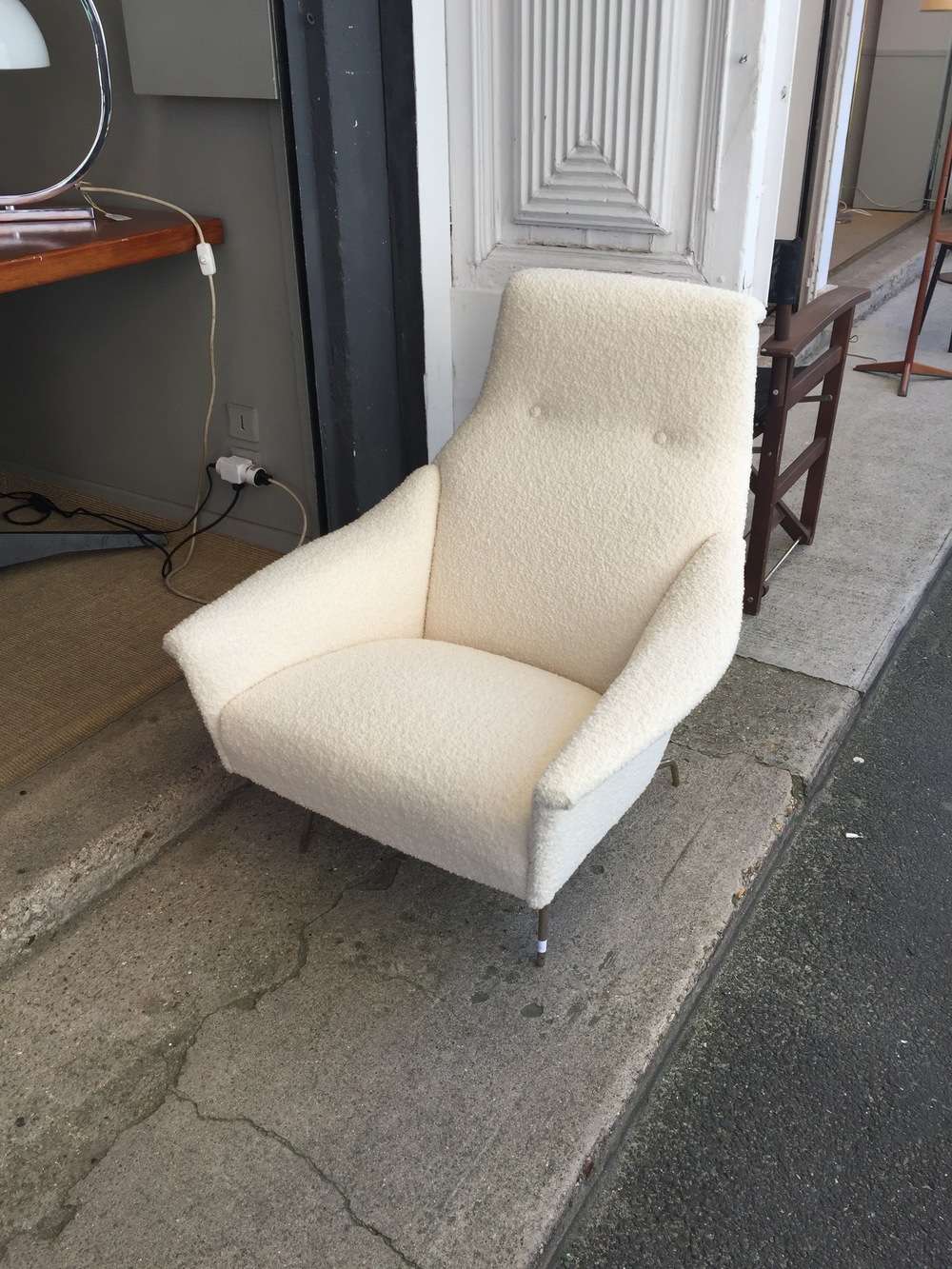 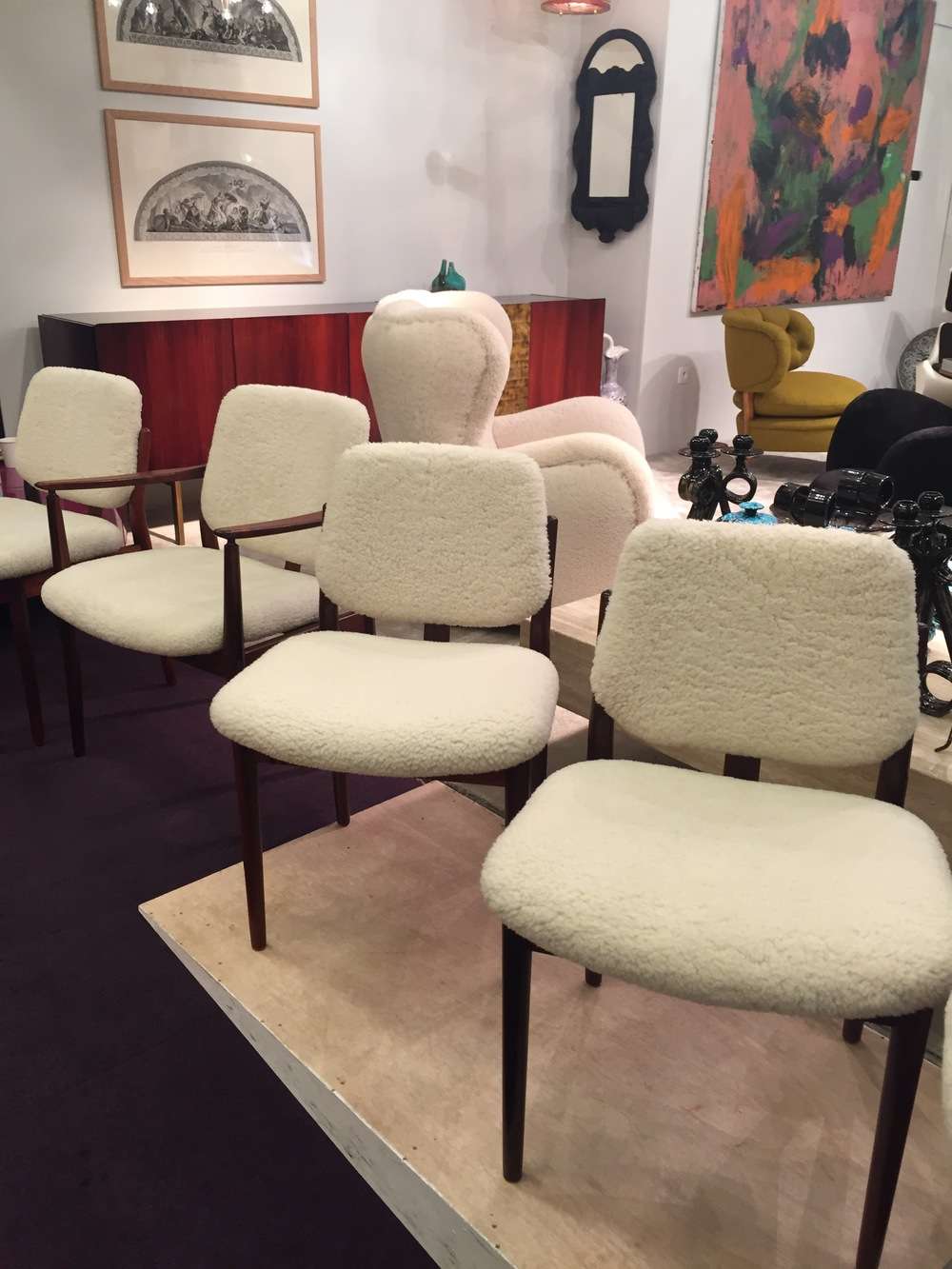 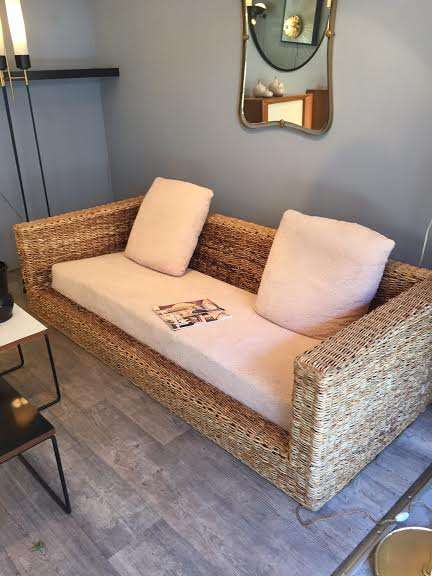 As I walk through the city, I am always awed and inspired by the flowers in Paris—from the simplest arrangement on a breakfast table to a grand display in a hotel lobby.  There were beautiful gardens and window boxes on display at every turn.  The colors are glorious and are a feast for the eyes,  Somehow, the neighborhood “fleuristes” are also always a treat! 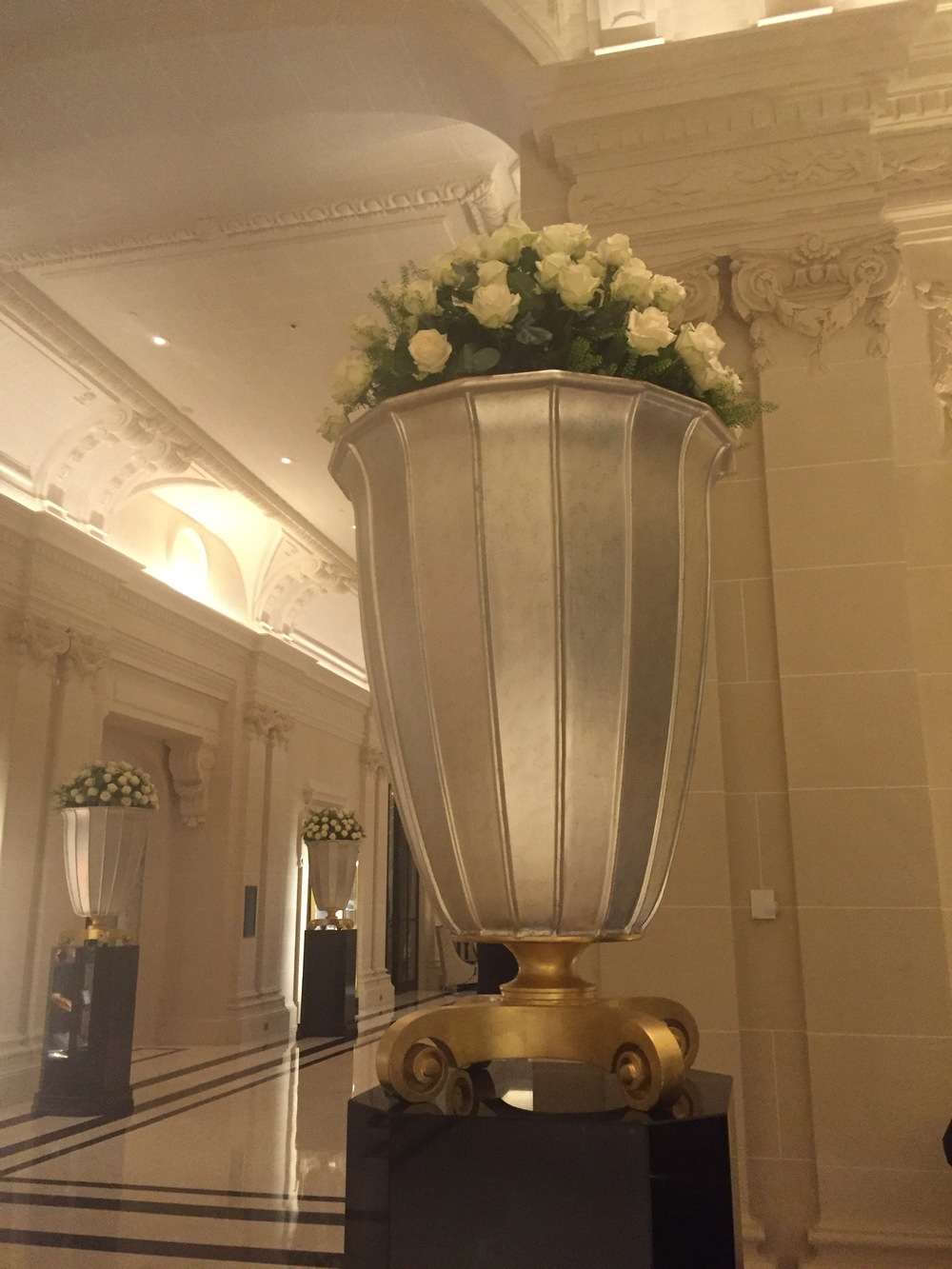 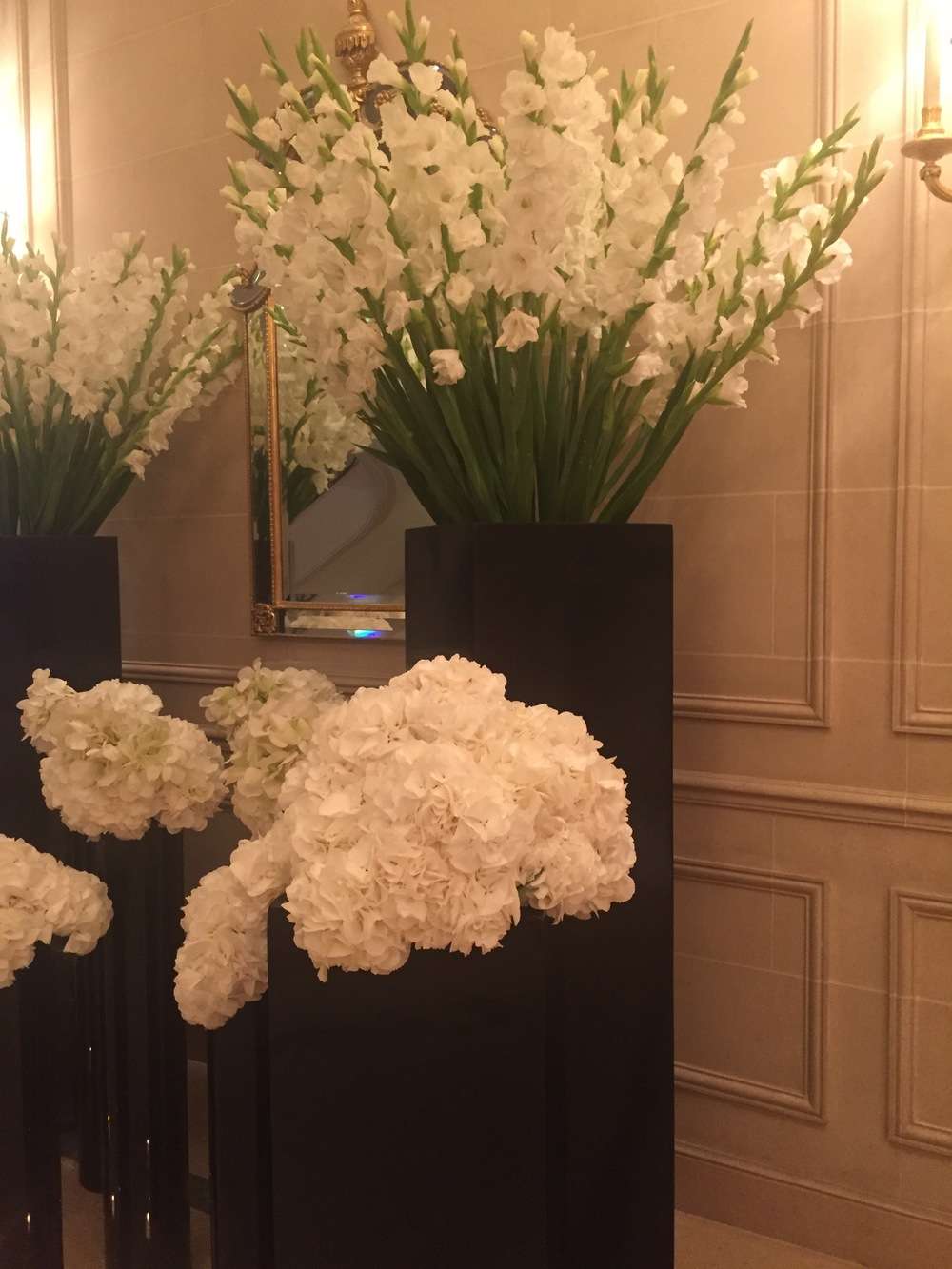 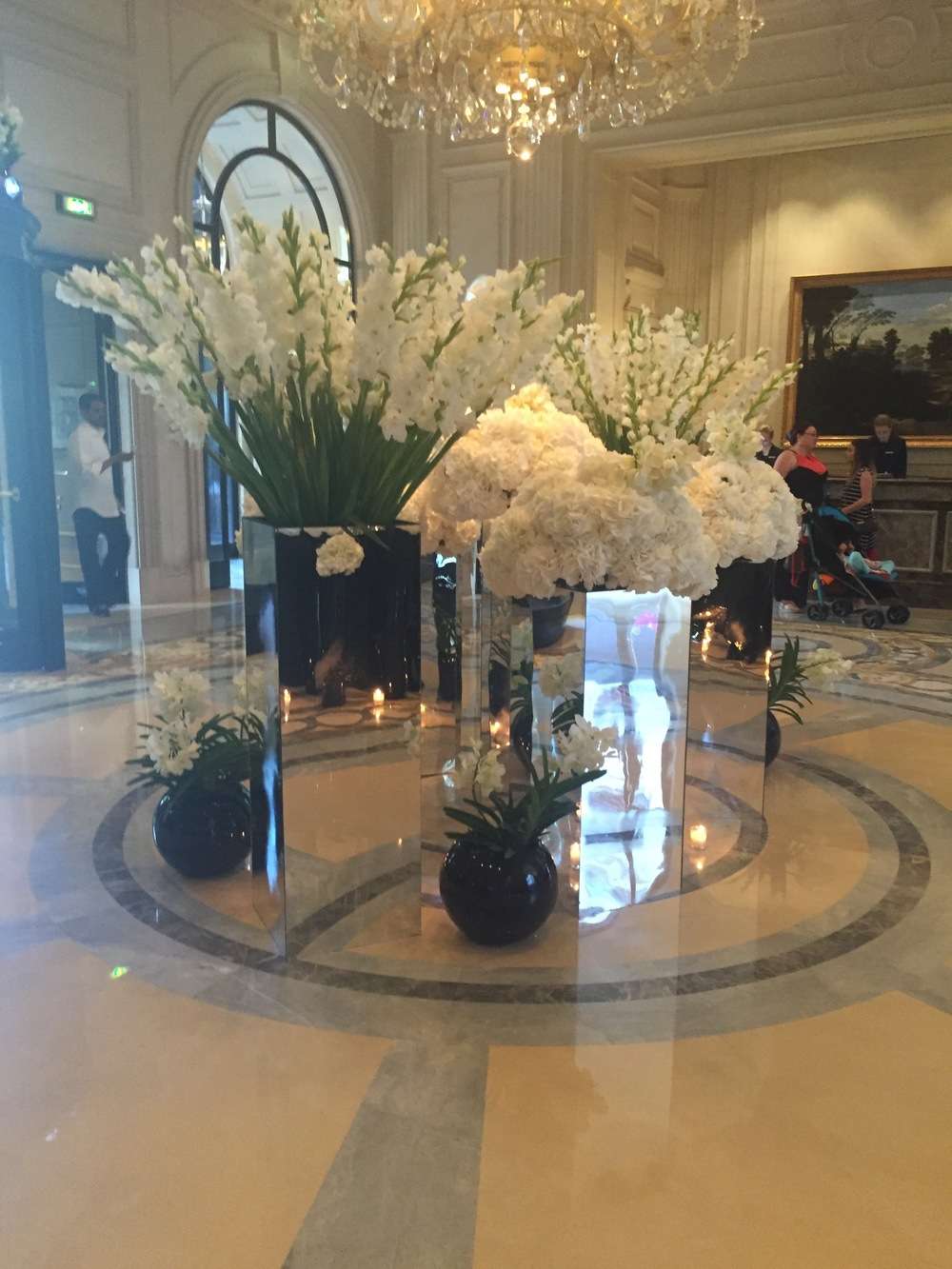 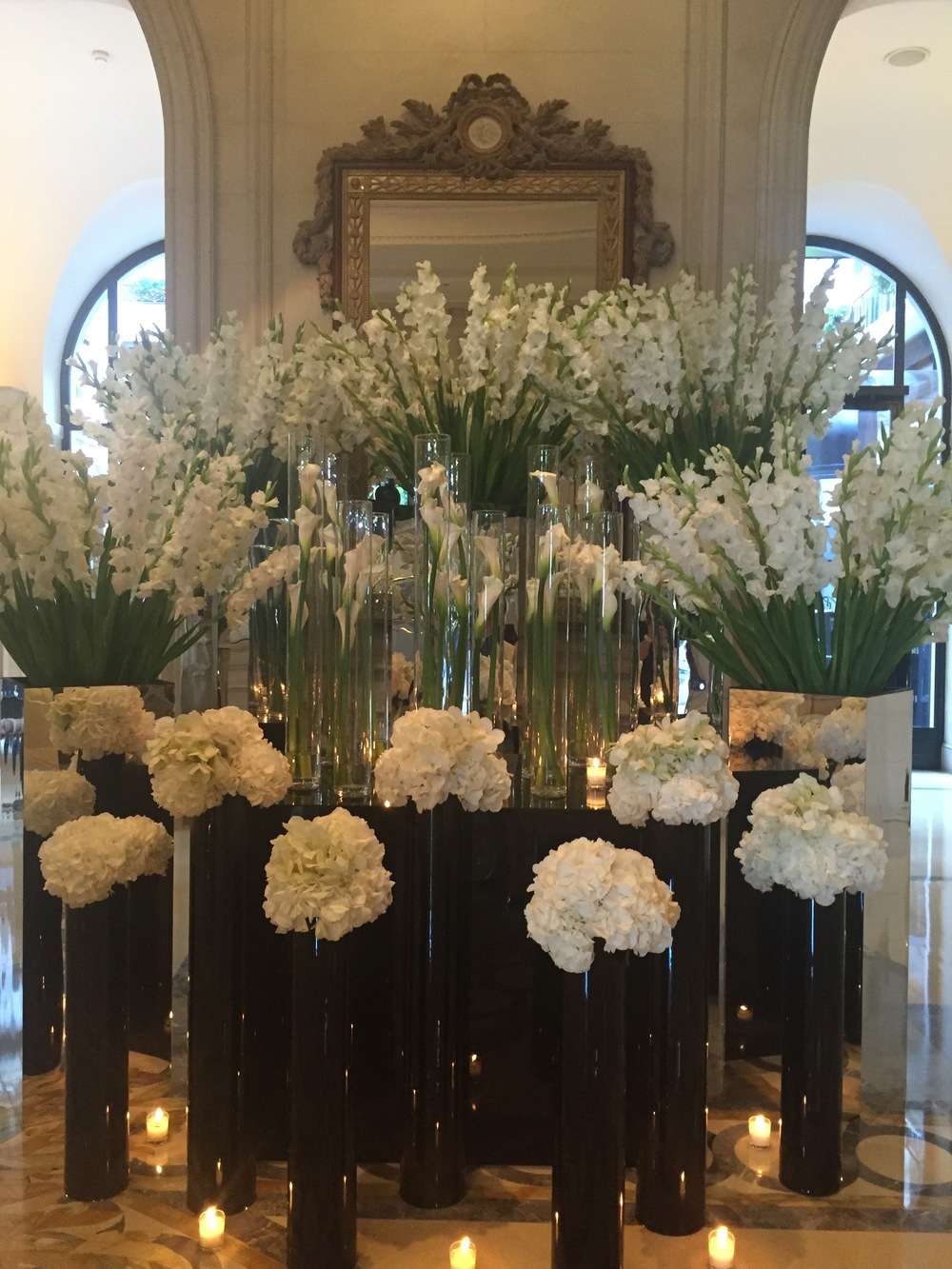 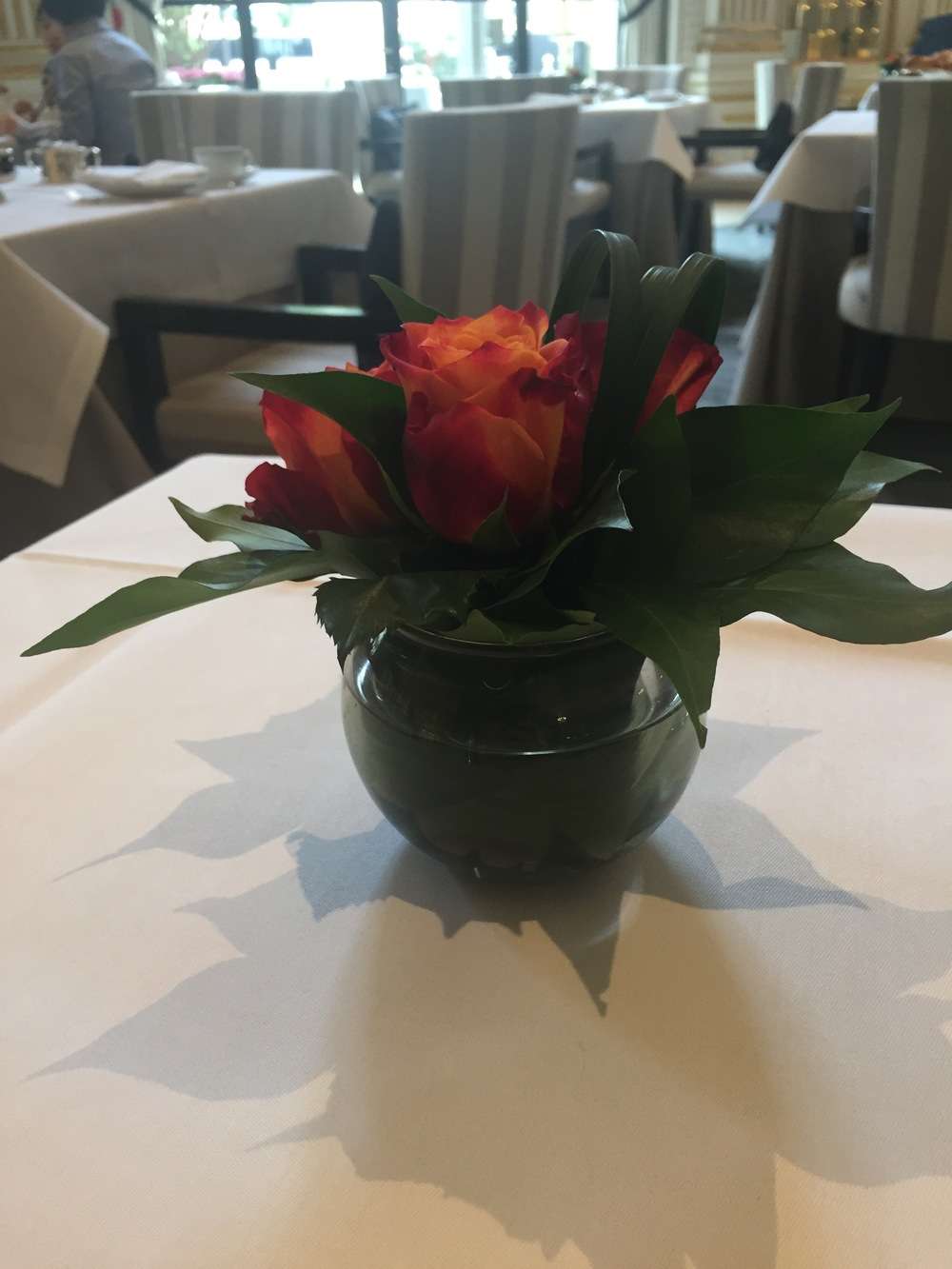 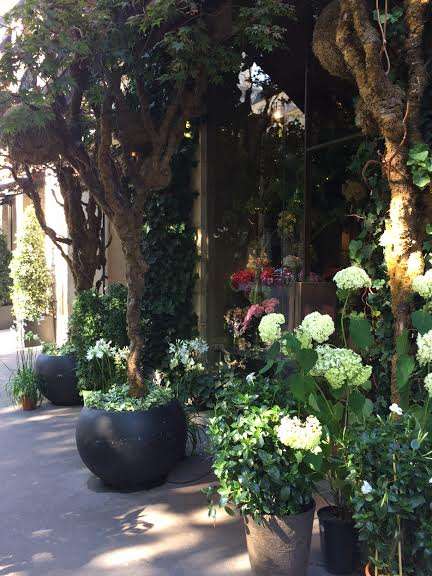 The doors and windows of Paris continue to inspire me with their scale, detail and color.  So many offices and apartments are hidden behind these grand entries, often with a lovely green courtyard in between.  Here are a few I discovered on this trip. 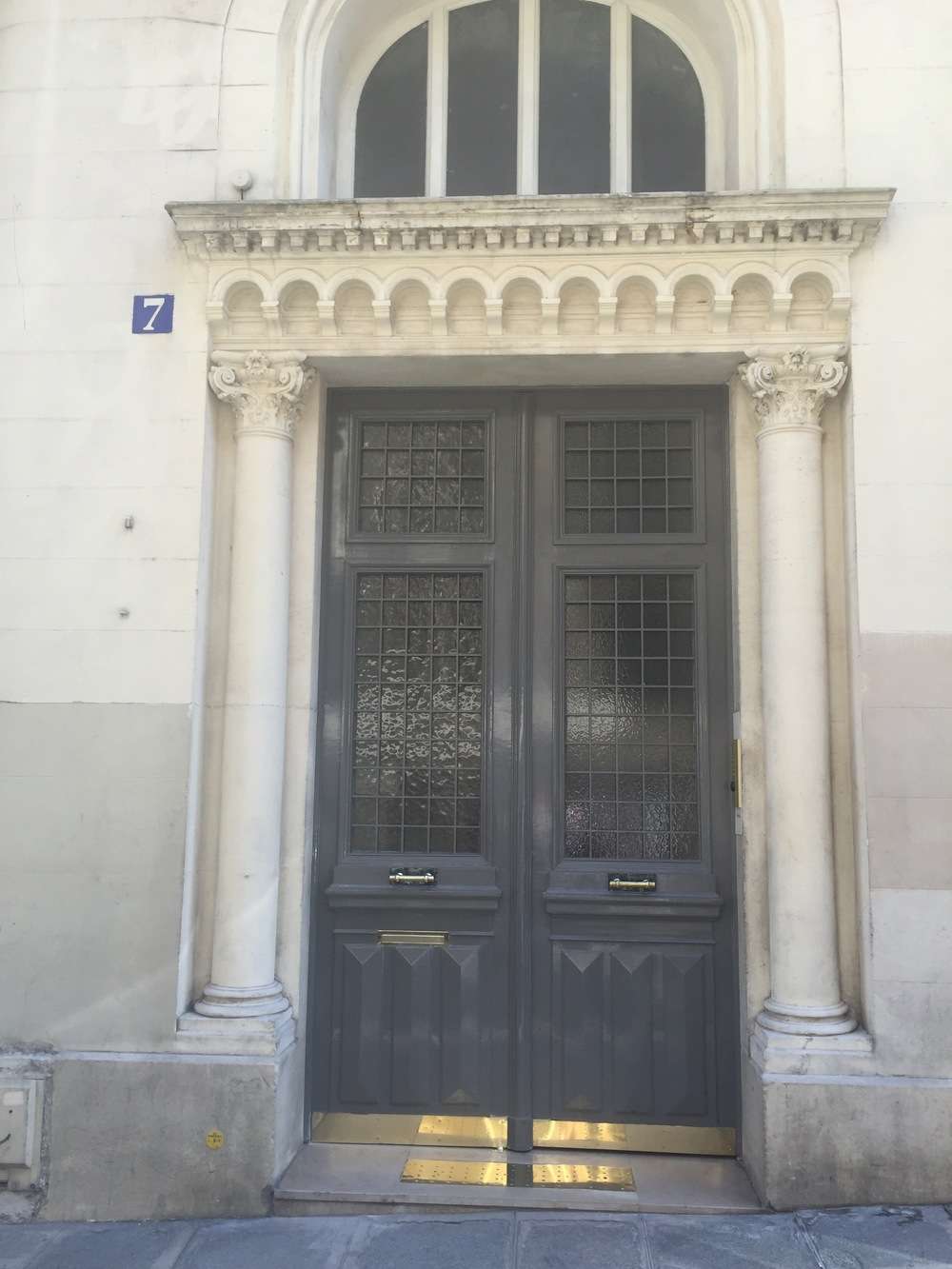 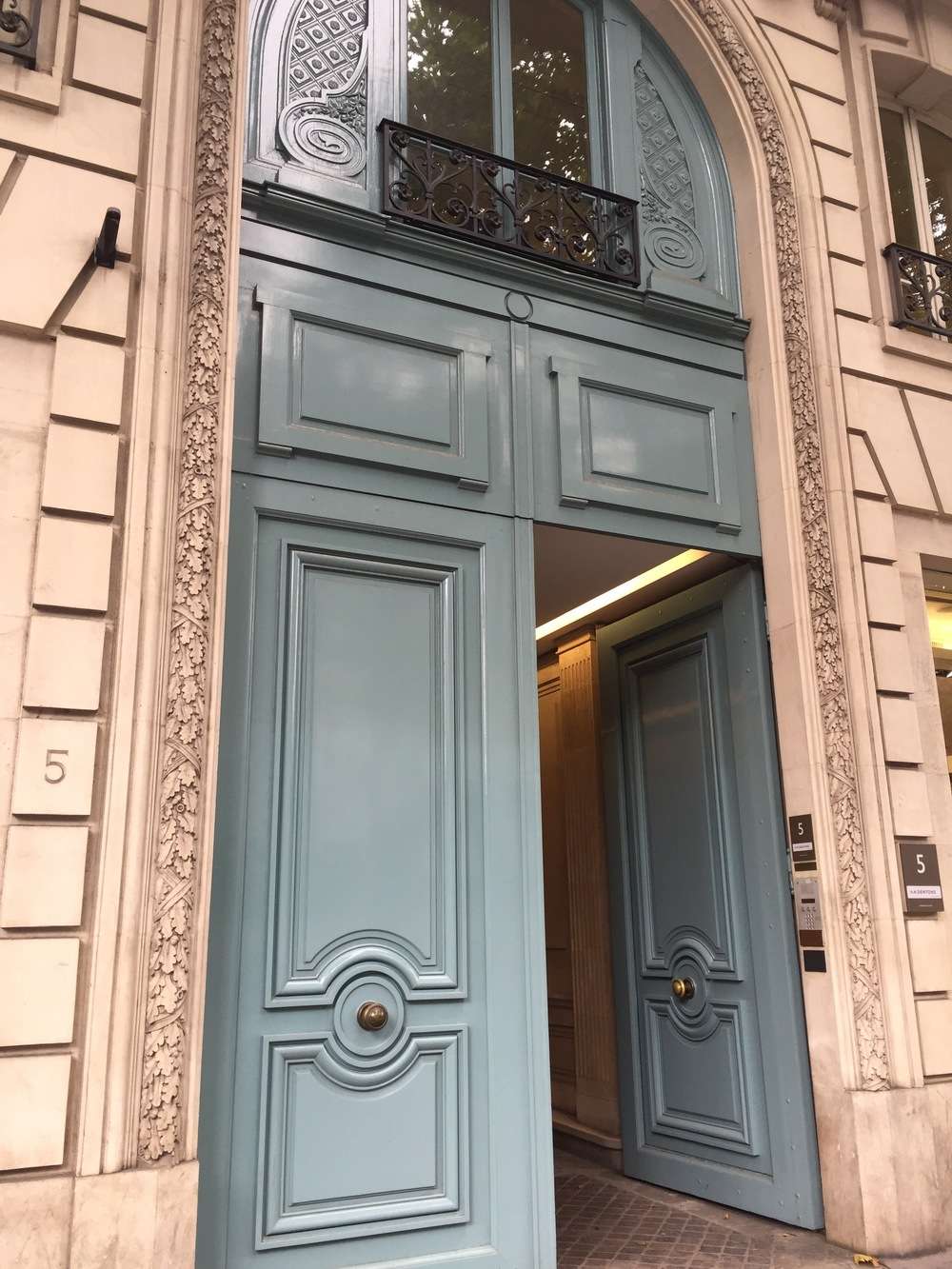 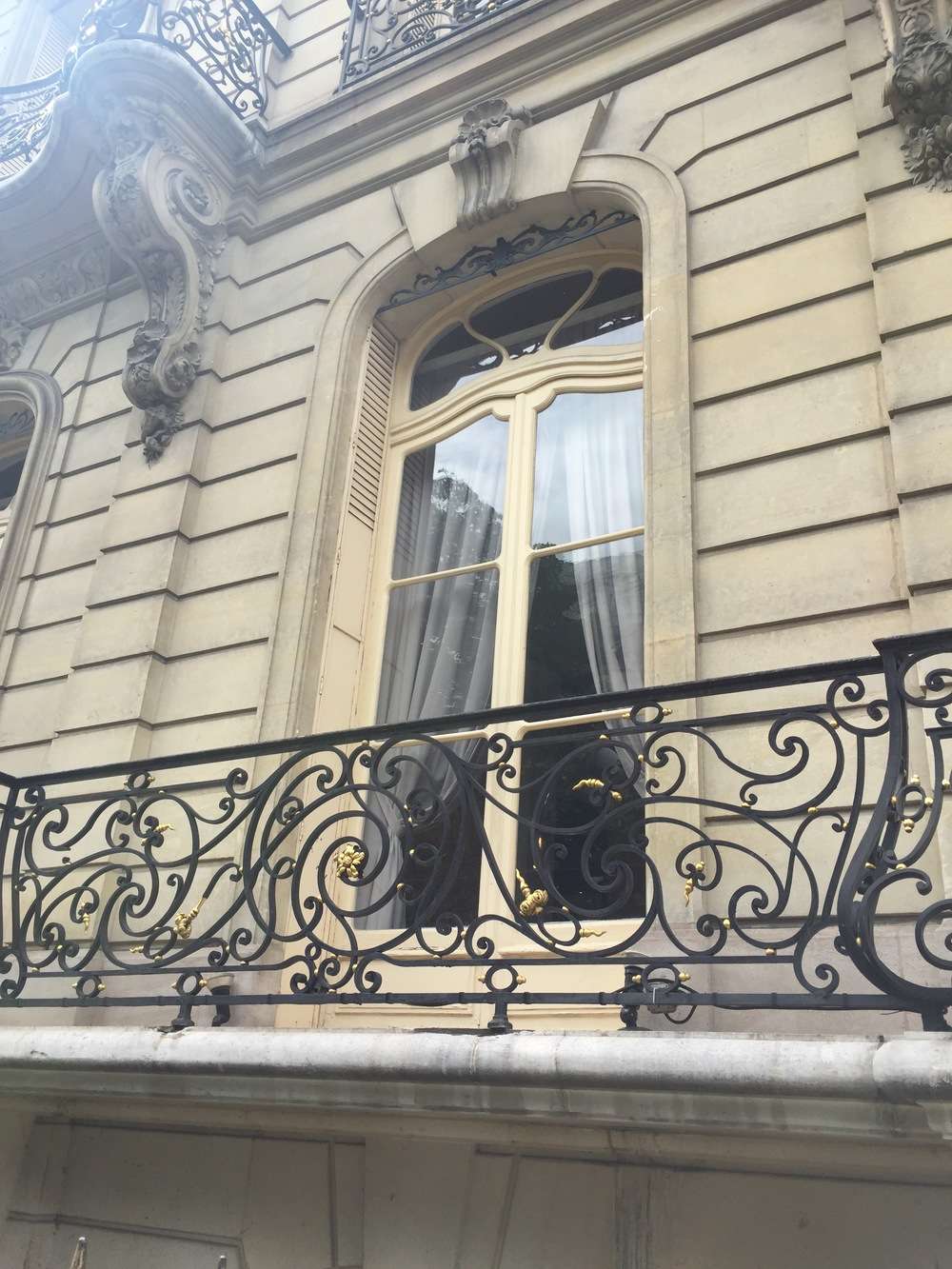 Sometimes it is not easy to blend new and old, modern with traditional.  Mixing a bit of the unexpected creates interest and is pleasing to the eye.  This fabulous circular glass chandelier in a grand hotel lobby exquisitely juxtaposes with the traditional, classical architecture. 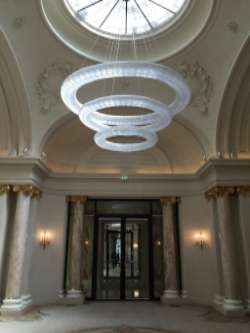 In recent years, the Palace of Versailles has featured contemporary art, a refreshing addition to the 18th century grandeur of this famous chateau.  This glass bead sculpture was one of my favorite examples of the masterful blending of old and new at Versailles. 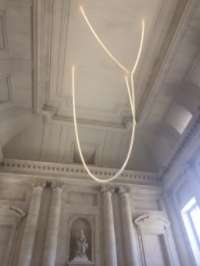 We left Paris on the morning of July 14, as the city was preparing for the annual Bastille Day celebration.  Shops and offices were closed, flags were flying, and pride and excitement were everywhere.  When our flight landed in the U.S., we learned of the horror of the attacks in Nice — a sobering reminder of the fragile nature of life In the modern world and of the need to embrace and appreciate the beauty that surrounds us.